Former BBNaija housemate, Cross Okonkwo has lashed out at OAP Nedu and others he claimed are berating his colleagues.

He was reacting to comments by Nedu on Monday, January 23 during his podcast in which he said most ladies participate in the reality TV show just to get ”customers.”

According to him, what the female housemates have to offer is just their vaginas.

In reaction, Cross said people should stop bringing his female colleagues down as they have feelings and will be affected by such negative statement. 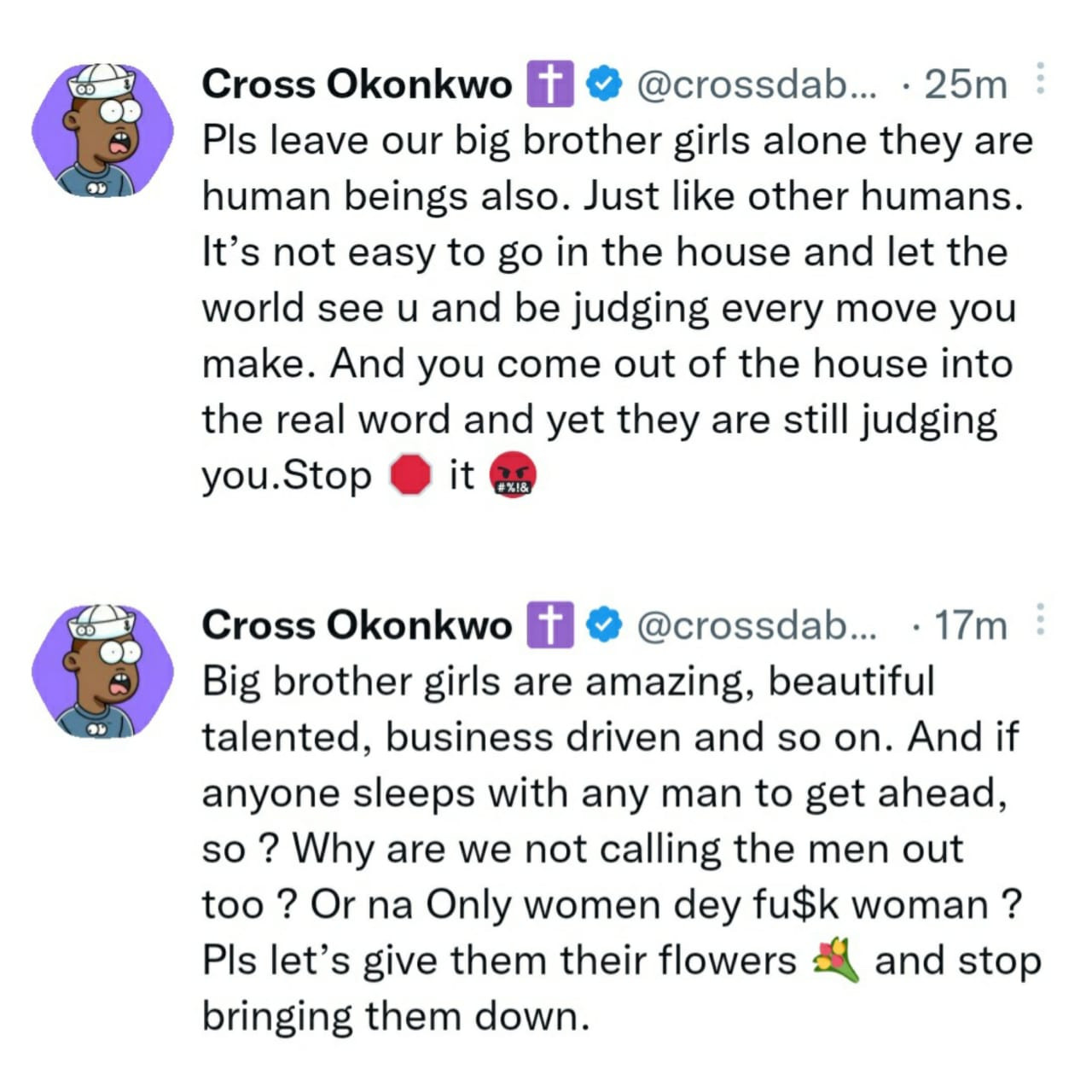 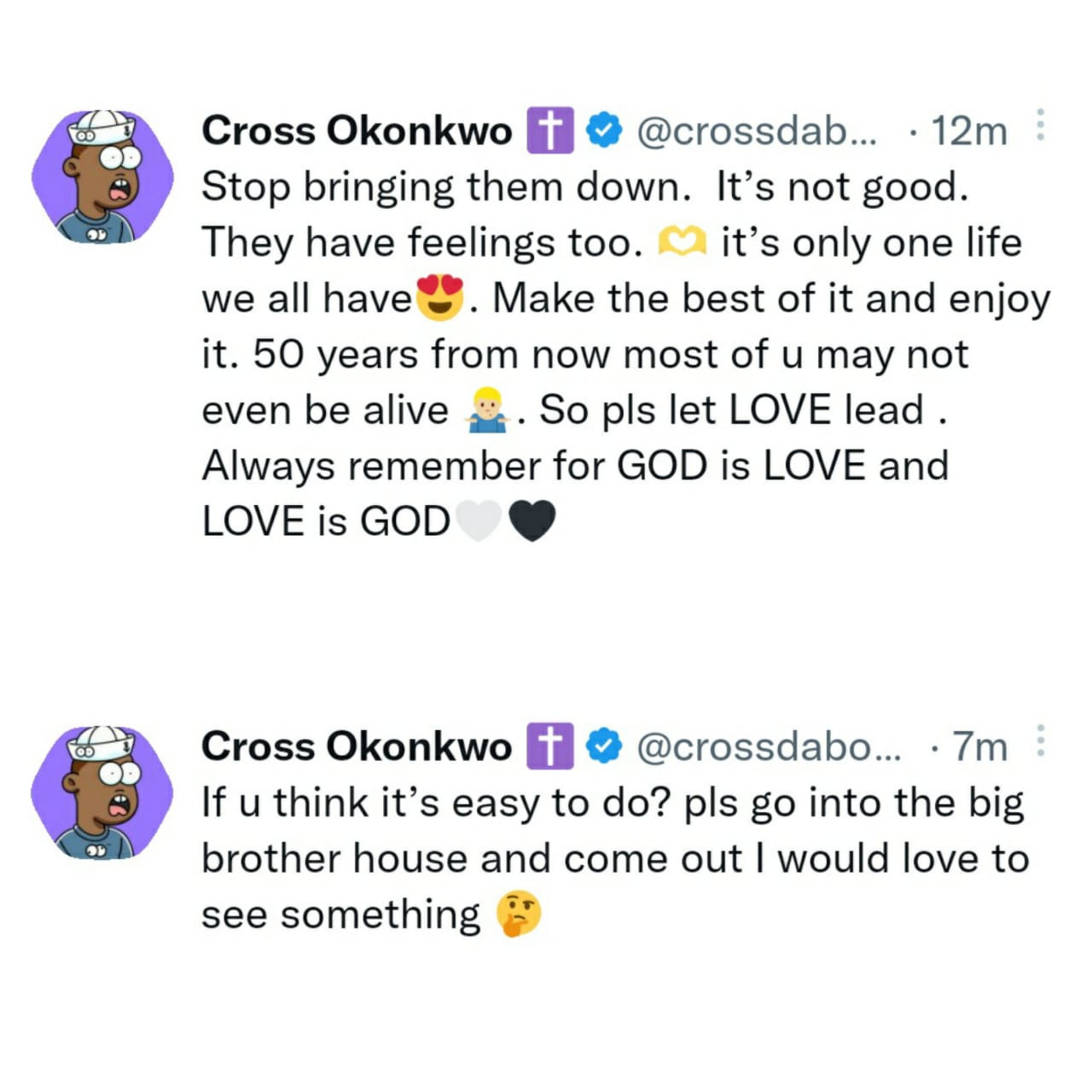