The presidential candidate of the Peoples Democratic Party (PDP), Atiku Abubakar, has arrived in Ibadan, Oyo State capital for his campaign rally.

Atiku and his running mate, Governor Ifeanyi Okowa of Delta State, were received in Ibadan on Thursday by party chieftains in the state, all styled in green attires stamped with the PDP logo.

“I just landed in Ibadan for what promises to be a historic political rally,” Atiku posted on his Twitter page to confirm his arrival.

Shortly after touching down at the PaceSetter State on Thursday, Atiku and Okowa visited Oba Mohood Lekan Balogun, who he described as his friend and political associate.

“I consider it more fitting to lead my team to pay him a courtesy visit at his palace upon arriving in Ibadan earlier today,” Atiku said while expressing his gratitude for the warm reception the monarch and his chiefs accorded them. 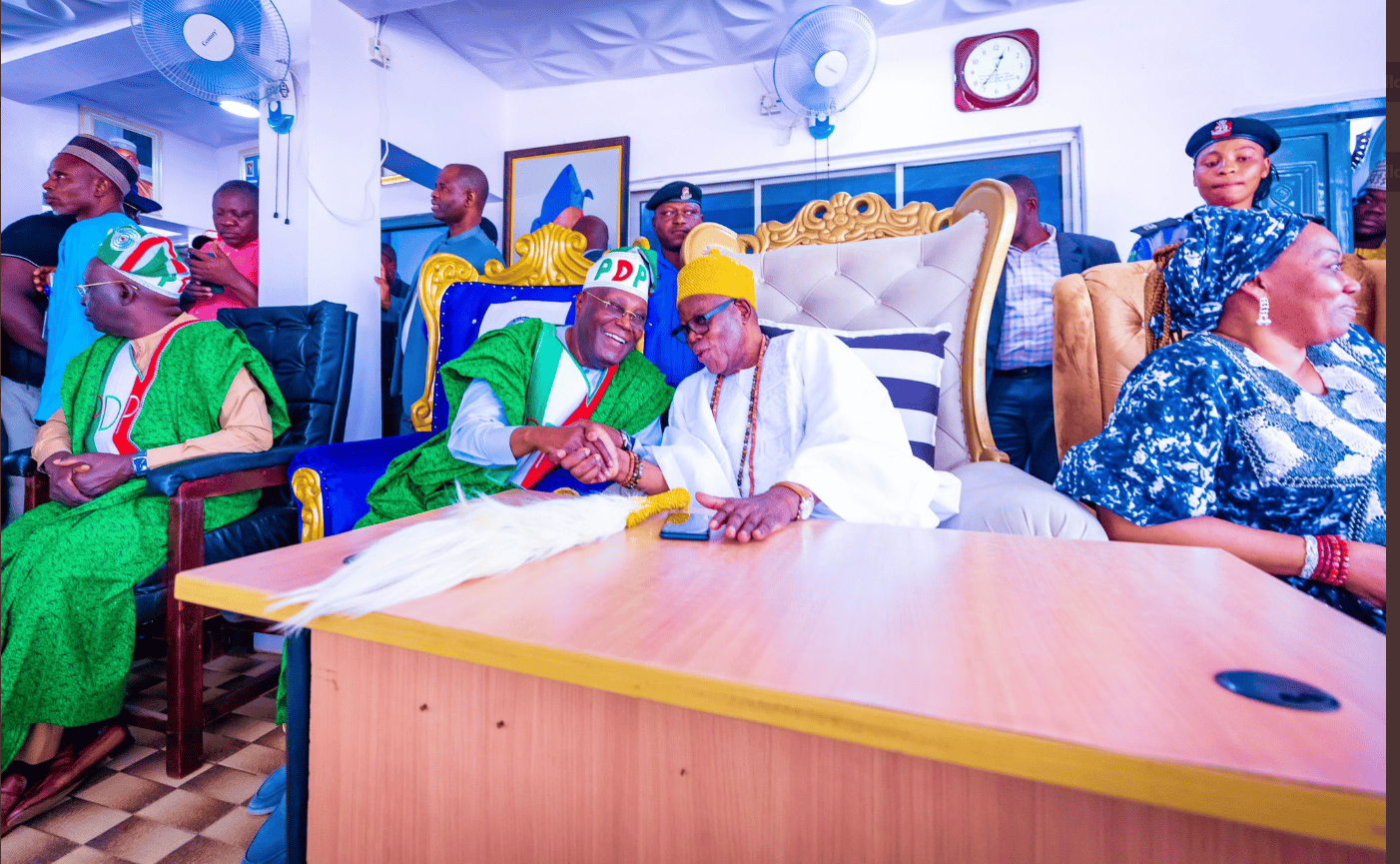 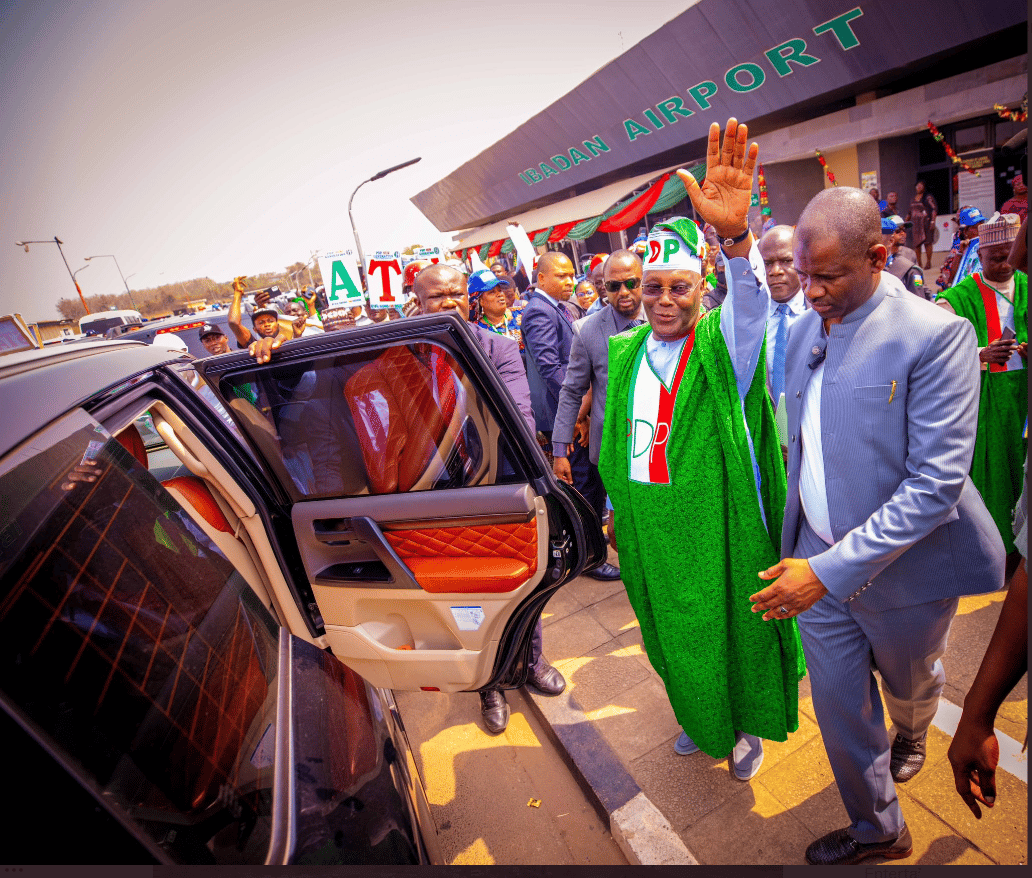 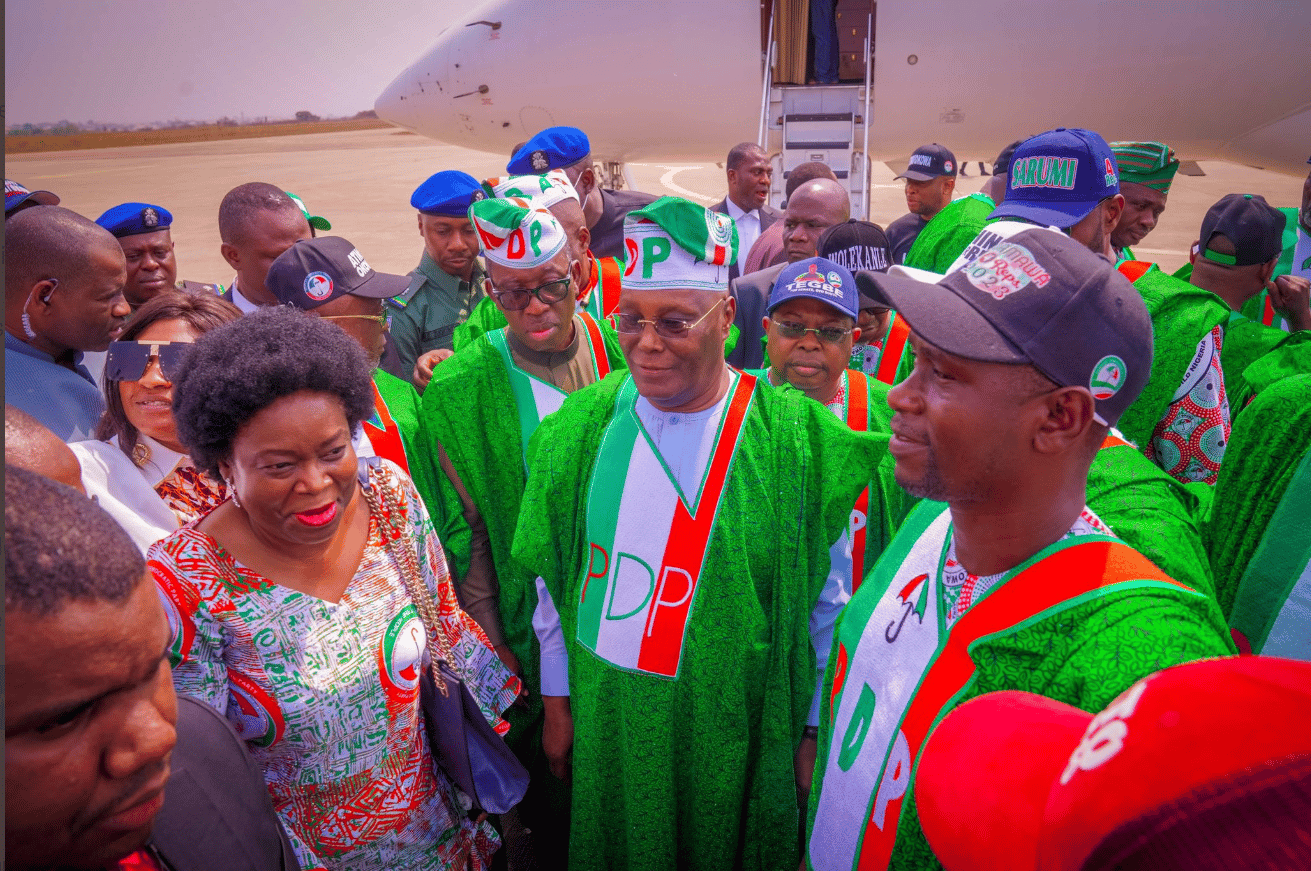 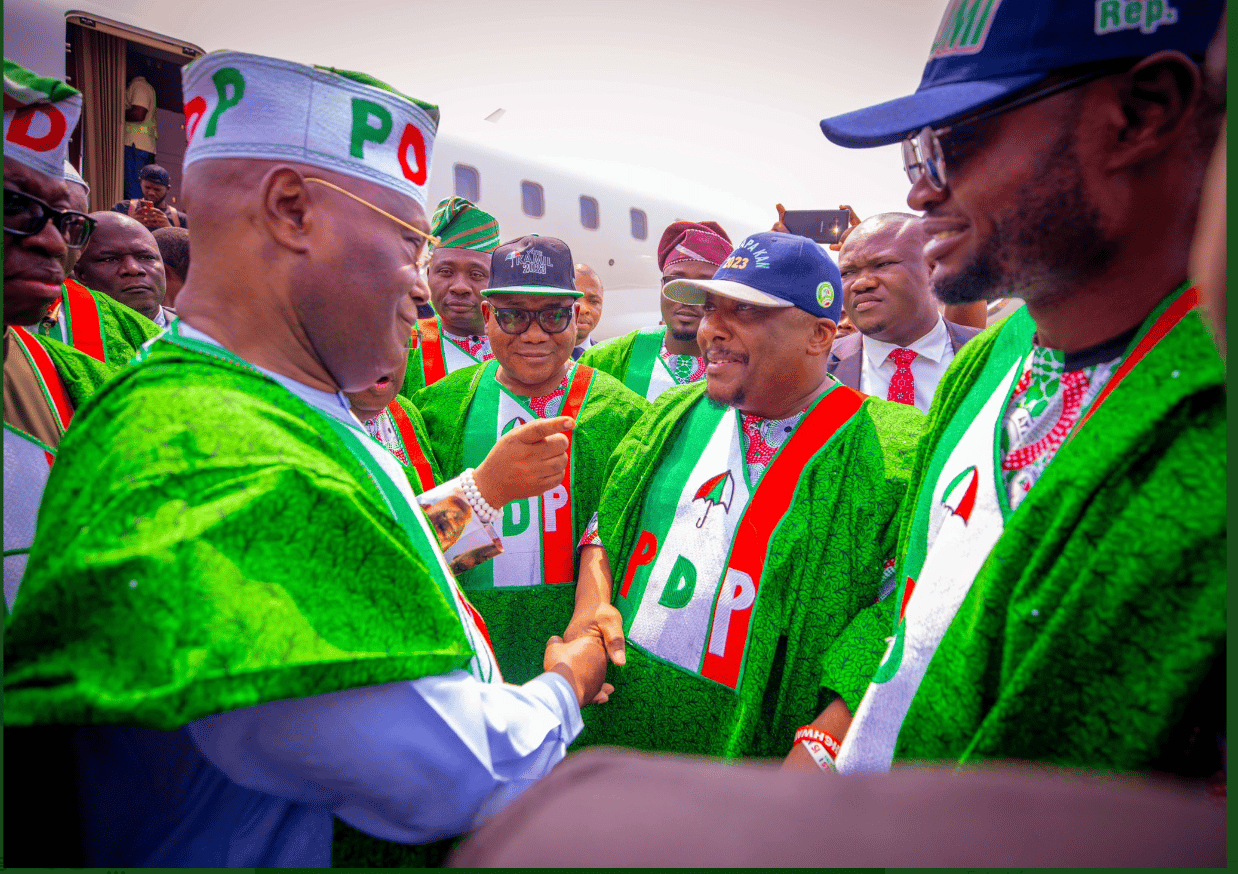