While inspecting the Standard Guage Railway (SGR) on Thursday 15 December, Murkomen noted that demand for the trains had increased as most buses were fully booked.

He further announced that the directive would also apply until the first week of January, when UKTN from western Kenya will return to the city.

“I have instructed Kenya Railways to increase the number of trains to Kisumu from December 21, 2022 to January 3, 2023.

“This is to meet the increasing demand due to the holiday season and to ease the pressure on our roads,” he announced.

In addition, Murkomen announced plans to add more trains on different routes as the government invests more in the rail sector.

“We will also work on the restoration of passenger trains along the old routes of the Meterspoorbaan.

Murkomen’s directive came after reports emerged that the majority of bus companies completely sold out their tickets from December 20 to January 1.

In addition, many had complained about the increase in rates despite the reduction in fuel prices.

A majority of bus services on the Western Kenya route charged from Ksh1,400 to Ksh2,500.

Kenya Railways, on the other hand, maintained the Ksh600 cost from Nairobi to Kisumu with children paying half the price. 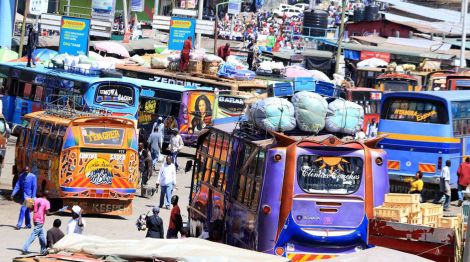