TikTok users are reacting to the video of three secondary school girls who look so pretty.

The video was posted by @seeshawmz on October 28 and it has since gone viral. 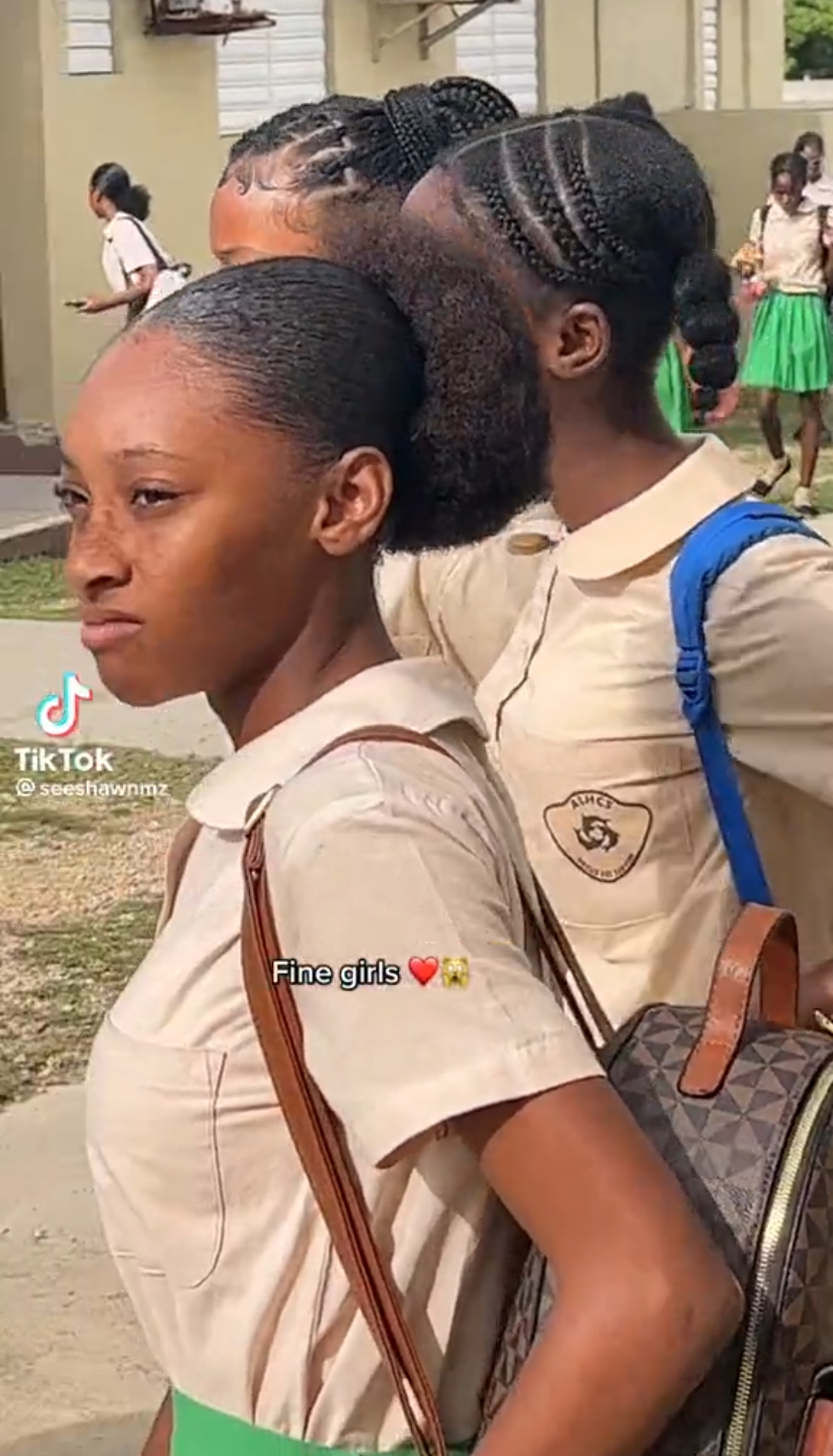 The pretty secondary school girls smiled and made facial expressions for the camera.

Three girls were spotlighted in the video and their beauty became evident. The girls wore their school uniforms made of green skirts and grey shirts.

They all had their school bags slouched at their backs. Their hairdos also attracted attention because they were professionally done.

The video has raked in over 6 million views, more than 1.2 million likes, 10.2k comments and 2k shares.

The location or the name of the secondary school is not known but the girls have sent TikTok users gushing in the comment section.