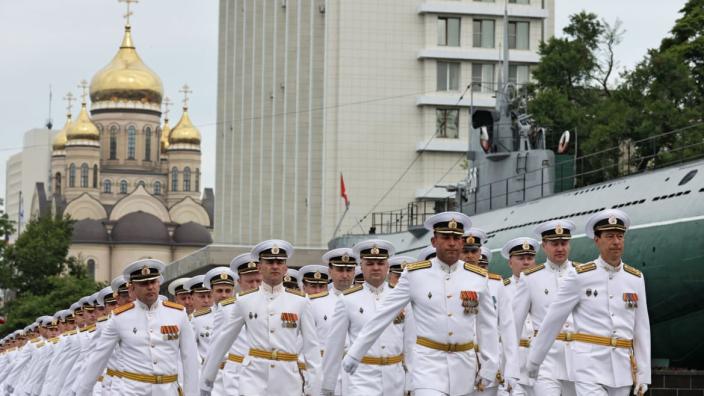 A colonel serving as deputy head of one of the Russian Navy’s top colleges has been found dead under mysterious circumstances, according to local reports.

Vadim Boyko was allegedly responsible for working with troops recently called up under Vladimir Putin’s “partial mobilization order” for the war against Ukraine.

He reportedly showed up for work early Wednesday at Makarov Pacific Higher Naval School in Vladivostok — and was subsequently found with at least one gunshot wound.

Several local media reports were quick to rule his death a suicide, with the Far East Gazette report that he “fired a bullet in his sleep”. The news outlet said Boyko’s suicide had been confirmed by sources within the Pacific Fleet through a local TV station.

“Yes, Colonel Boyko committed suicide within the walls of the [naval college]”, said the anonymous sources.

However, the coverage of the Russian Telegram channel Baza described a completely different sequence of events.

The channel, citing unspecified sources, said multiple gunshots were heard outside Boyko’s office just before the desk sergeant went in and found his body with five gunshot wounds to the chest.

According to Baza, no suicide note was found at the scene, and investigators found five cartridge cases and four Makarov pistols.

His death comes just a month after a military commissar for the Primorysky region was found dead, with local authorities claiming only that his “heart stopped”.

Read more at The Daily Beast.

Get the Daily Beast’s biggest scoops and scandals straight to your inbox. Sign up now.