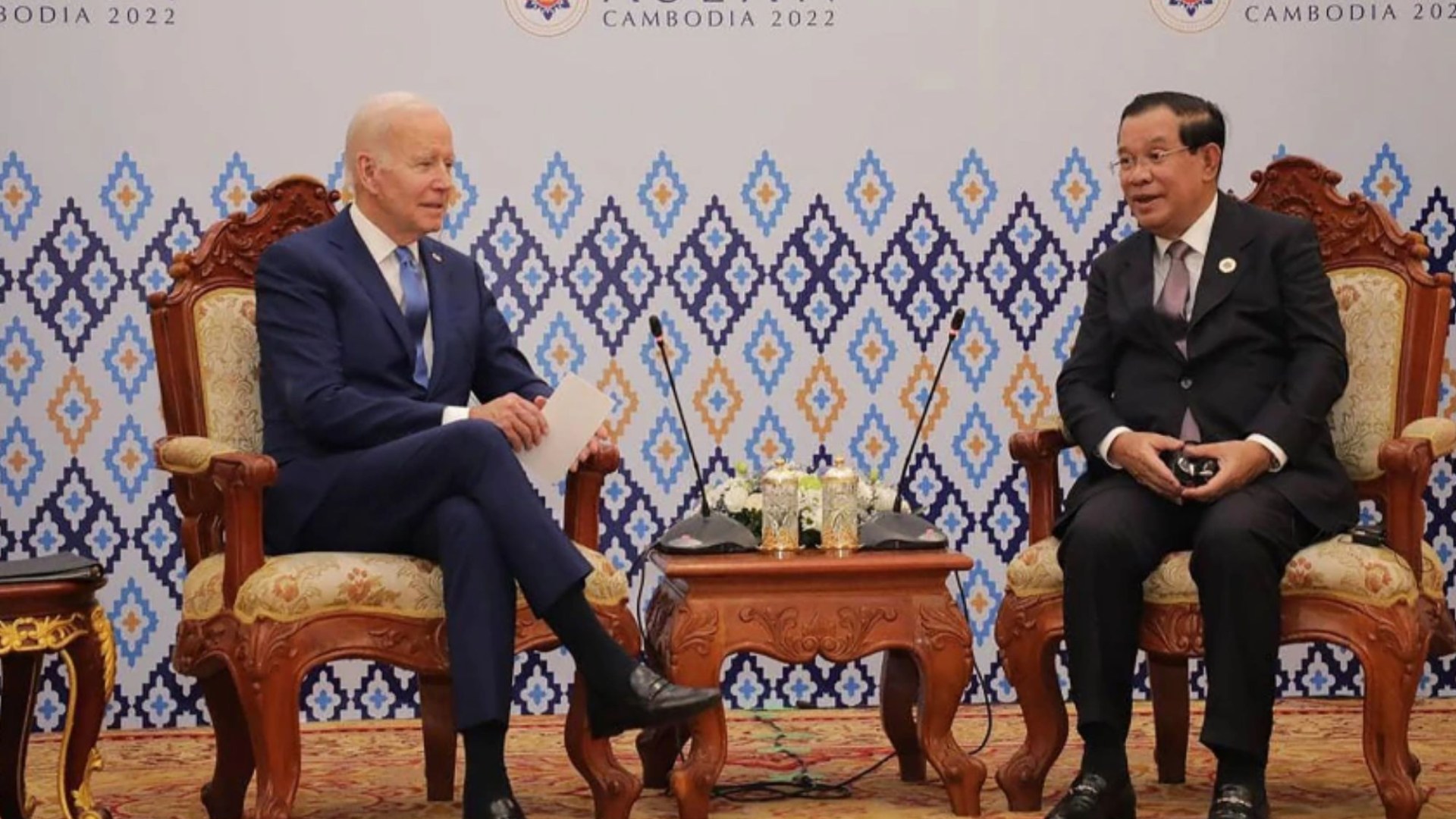 He met Prime Minister Hun Sen in Phnom Penh, where a summit of ten Southeast Asian countries is being held.

Biden, 80 next week, said: “I want to thank the Prime Minister of Colombia for his leadership as ASEAN president.”

This comes weeks after Biden was mocked for stumbling over Rishi Sunak’s name in a speech hailing the new prime minister’s appointment as a “groundbreaking moment”.

The 79-year-old said: “Today we have news that ‘Rashid Sanook’ is now the Prime Minister.

At a ceremony at the White House on the occasion of UK Time News Diwali festival, he called it “quite astonishing” and a “groundbreaking moment”.

Sunak, 42, is a practicing Hindu and the first non-white prime minister.

The US president later tweeted: “Congratulations Rishi Sunak on becoming Prime Minister of the United Kingdom.

“Together, I look forward to enhancing our cooperation on issues critical to global security and prosperity, including continuing our strong support for Ukraine.”