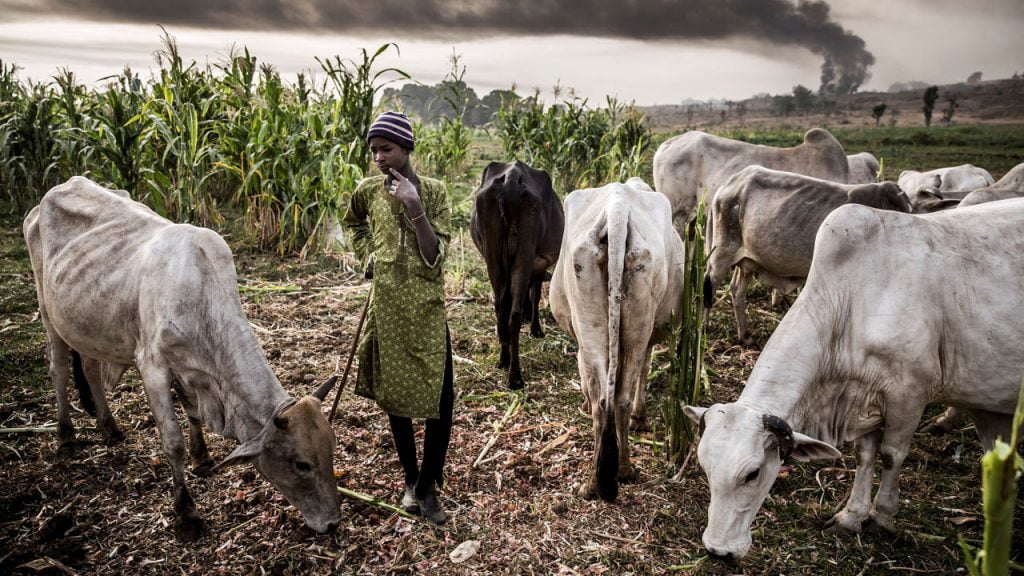 According to a report by SaharaReporters, the death toll in the Eha-Amufu community attack by the Fulani herdsmen has increased.

The death toll has now risen to 15 people with five more decapitated and dismembered bodies recovered on Wednesday.

SaharaReporters had reported that armed herdsmen declared war on the agrarian communities of Agu-Amede, Mgbuji and Eboh in Eha-Amufu, Isi-Uzo local government area of Enugu State on Tuesday, killing and sacking more villages.

It was reported that no fewer than 13 people including women and children were killed with properties worth millions destroyed.

SaharaReporters had reported that 14 villages in Mgbuji and Agu-Amede communities had earlier been sacked, forcing thousands of people into internally displaced persons (IDPs).

SaharaReporters had earlier reported that one person was killed on Saturday, three critically wounded while seven including women and children were killed on Monday from Agu-Amede Community. Two others were reported killed in Umujiovu Eboh Community during the Tuesday’s attacks.

A spokesman of the Agu-Amede community, Chief Ogenyi Odo, who spoke to SaharaReporters on Thursday, said the community recovered five more bodies from bushes around after the Tuesday’s attacks.

According to him, all the bodies were dismembered and decapitated.

Two children of a pastor with the Apostolic Church, from Abia State and three others were also included.

In Abor community, names of those killed are Edeh Leonard and Ike Aguvu and two other persons. He however noted that the community was still searching for four persons who are still missing.

Meanwhile, the heads of security agencies in the state had visited the communities to have first-hand information from the locals.

A statement by Enugu State Police Public Relations Officer DSP Daniel Ndukwe, on Thursday, said that joint operatives had been drafted to the communities to prevent further attacks.

Ndukwe said that the State Commissioner of Police, CP Ahmed Ammani, who led order security chiefs on the visit had ordered a discreet investigation into the incident while he condoled with the bereaved families and community members.

He confirmed that nine persons were killed in Agu-Amede Autonomous community In the Monday attacks.

“The Commissioner of Police, Enugu State Command, CP Ahmed Ammani, represented by the Deputy Commissioner of Police in-charge of Operations, and heads of other security agencies, including the Garrison Commander, 82 Division Garrison Command of the Nigerian Army Enugu, the Assistant Director of Operations, Department of State Services Enugu and teams of Police/Army personnel, in company of the Executive Chairman of Isi-Uzo LGA, on 22/11/2022, visited Ohuala-Mgbede Aguemede village in Eha-Amufu community of the LGA.

“The visit is aimed at ascertaining the circumstances surrounding the reported attack and murder of nine (9) persons in the village, in the afternoon hours of 21/11/2022, by yet-to-be apprehended armed assailants. The victims’ remains have been deposited in the mortuary for preservation and autopsy, after they were confirmed dead by doctors.

“The team also visited Mgbuji village in the same area, following the receipt of unconfirmed information that there was further attack therein. Accordingly, the Joint Police/Army team stationed within Eha-Amufu community has been reinforced and drafted to the area to prevent further occurrence of the incident and to fish out the perpetrators.”

“It will be recalled that this recent attack is a resurgence of the lingering herders/farmers-induced attacks that have overtime occurred in the area, which generally has boundaries with communities in Benue State. Hence, the CP has further initiated non-kinetic approach of engaging concerned stakeholders to find alternative ways of resolving the lingering conflict.”