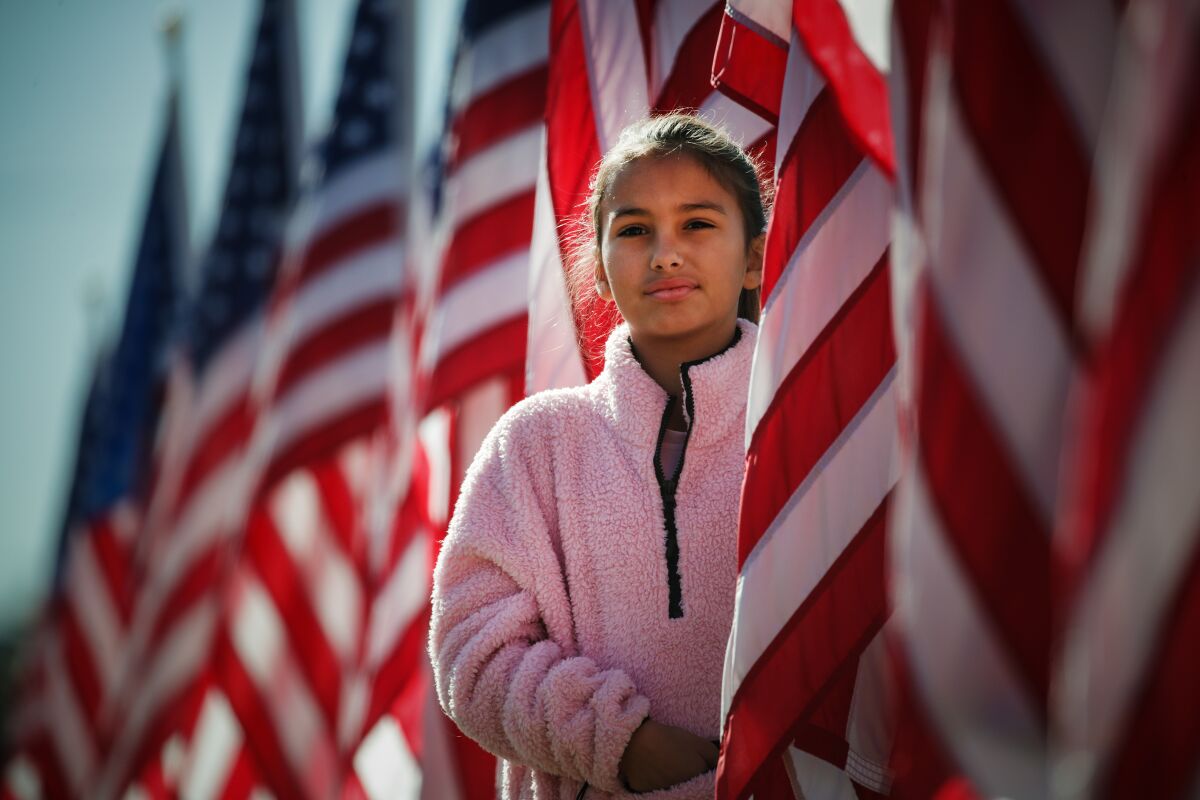 Like many sightings on Veterans Day this weekend in the South Country, the field of waving American flags in Covina honored the sacrifice of those who served in uniform. But the exhibit also drew attention to the scourge that plagues many veterans: homelessness.

The Covina Rotary Club’s Field of Valor, with 2,001 flags on the grounds of a local school, closed its 11th year Saturday as a fundraiser to fight homelessness among local veterans.

“We’ve taken 17 off the streets since January,” said Linda Logan, who started the program in 2011 after learning that 20% of veterans would be left homeless.

Logan and the Rotary found the stat “unacceptable” and began fundraising and working with the West LA Veterans Affairs Medical Center to identify veterans in the San Gabriel Valley who were on the street or at risk of eviction.

“We help pay their first month’s rent, their deposit. We’ll buy them sheets and towels and kitchen utensils,” Logan said. In addition to those who moved into apartments this year, the project helped 60 veterans continue living in their homes.

The program accepts requests for assistance on its website covinafieldofvalor.org.