The United States dropped atomic bombs on two Japanese cities, Hiroshima and Nagasaki, in the closing days of World War II almost 77 years ago. Another city, Kokura, was also a target, though the industrial city, now part of Kitakyushu, ultimately had a lucky escape.

A common thread binding these three cities is that they developed through their role in supporting Japan’s war efforts, and in each there are individuals devoted to passing their hometown history down to the next generations so as not to see the tragedies repeated.

Aug. 6, 1945, marked the first time a nuclear weapon had been used as an offensive weapon in human history. The uranium bomb nicknamed “Little Boy” was dropped from a B-29 bomber and detonated above central Hiroshima at 8:15 a.m., decimating the city and leaving an estimated 140,000 people dead by the end of that year.

Hiroshima developed as a military capital with clusters of troops and facilities after the Imperial Japanese Army installed the 5th Division there during the Meiji Era (1868-1912). Ujina Port served as a gateway for troops and a major hub for the movement of materiel gathered from across the country to be shipped out to battlefields outside Japan.

According to the summary of a meeting at the U.S. government’s Target Committee, where possible atomic bomb targets were discussed, Hiroshima was assessed to be “an important army depot and port of embarkation in the middle of an urban industrial area.”

“It is a good radar target and it is such a size that a large part of the city could be extensively damaged,” the document read.

Eiji Takebayashi, an associate professor at Hiroshima University of Economics, teaches Hiroshima’s wartime history and tours locations tied to the period, including a former army food factory, to think about it with his students. 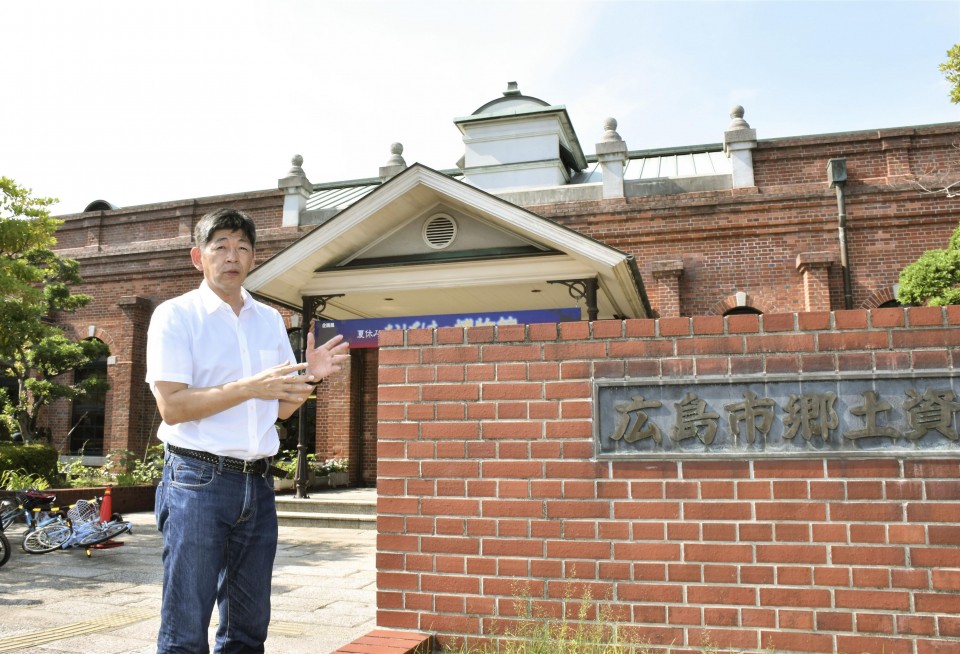 “The atomic bomb was dropped within the flow of the war. We should shine the light on the city’s history as a military capital so as not to repeat it,” Takebayashi said.

It is now known that after Hiroshima, Kokura was the next target. A B-29 bomber loaded with a plutonium bomb reached the skies over Kokura three days later on Aug. 9, but poor visibility forced the plane to head to its secondary target, Nagasaki.

According to an official history compiled by the city of Kitakyushu, the target was the Kokura Army Arsenal. It was a munitions factory that made small arms, ammunition and balloon bombs. The U.S. military had targeted the Fukuoka Prefecture city from an early phase of the planning process.

Yukihiko Shigenobu, head of the Kitakyushu City Museum of Peace, contends the U.S. strategy evolved in time from aiming to destroy factories to aiming to “obliterate cities themselves.” 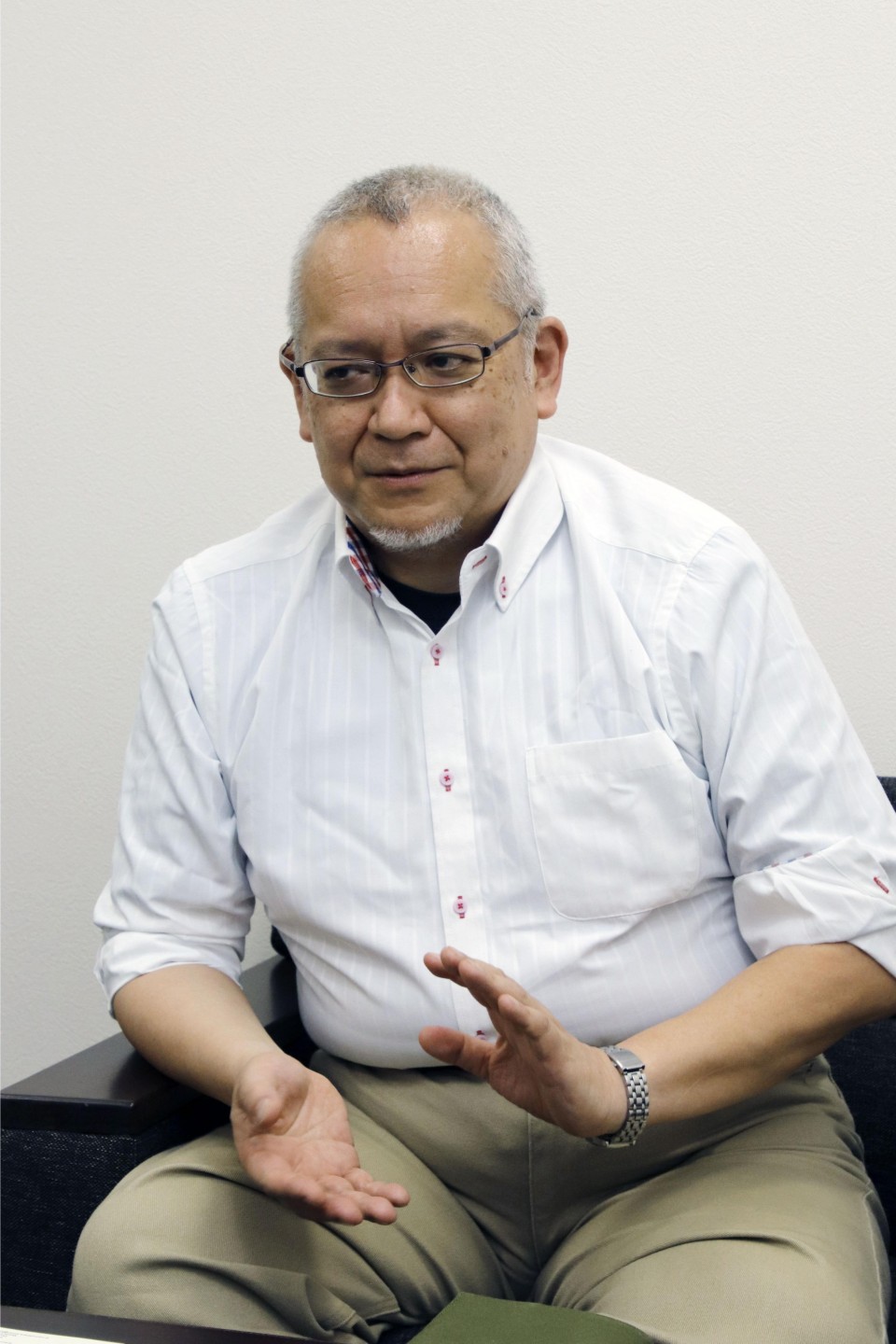 Yukihiko Shigenobu, head of the Kitakyushu City Museum of Peace, gives an interview on July 20, 2022, in Kitakyushu, southwestern Japan. (Kyodo)

The final phase of the war saw indiscriminate bombing raids on Japanese cities, the well-known example of which was the March 1945 bombing of Tokyo.

“The logic behind them was to crush the will to continue the war by burning down the lives and livelihoods of noncombatants along with their history. Atomic bombing was probably its logical extension,” Shigenobu said.

The B-29 that headed toward Nagasaki dropped the “Fat Man” at 11:02 a.m. Its detonation about 500 meters above ground left an estimated 74,000 people dead by the end of that year.

Nagasaki was targeted “probably because it had prospered as a military port and as a city of munitions industry after Mitsubishi based its factories there,” said Noboru Sakiyama, head of the Oka Masaharu Memorial Peace Museum in Nagasaki. 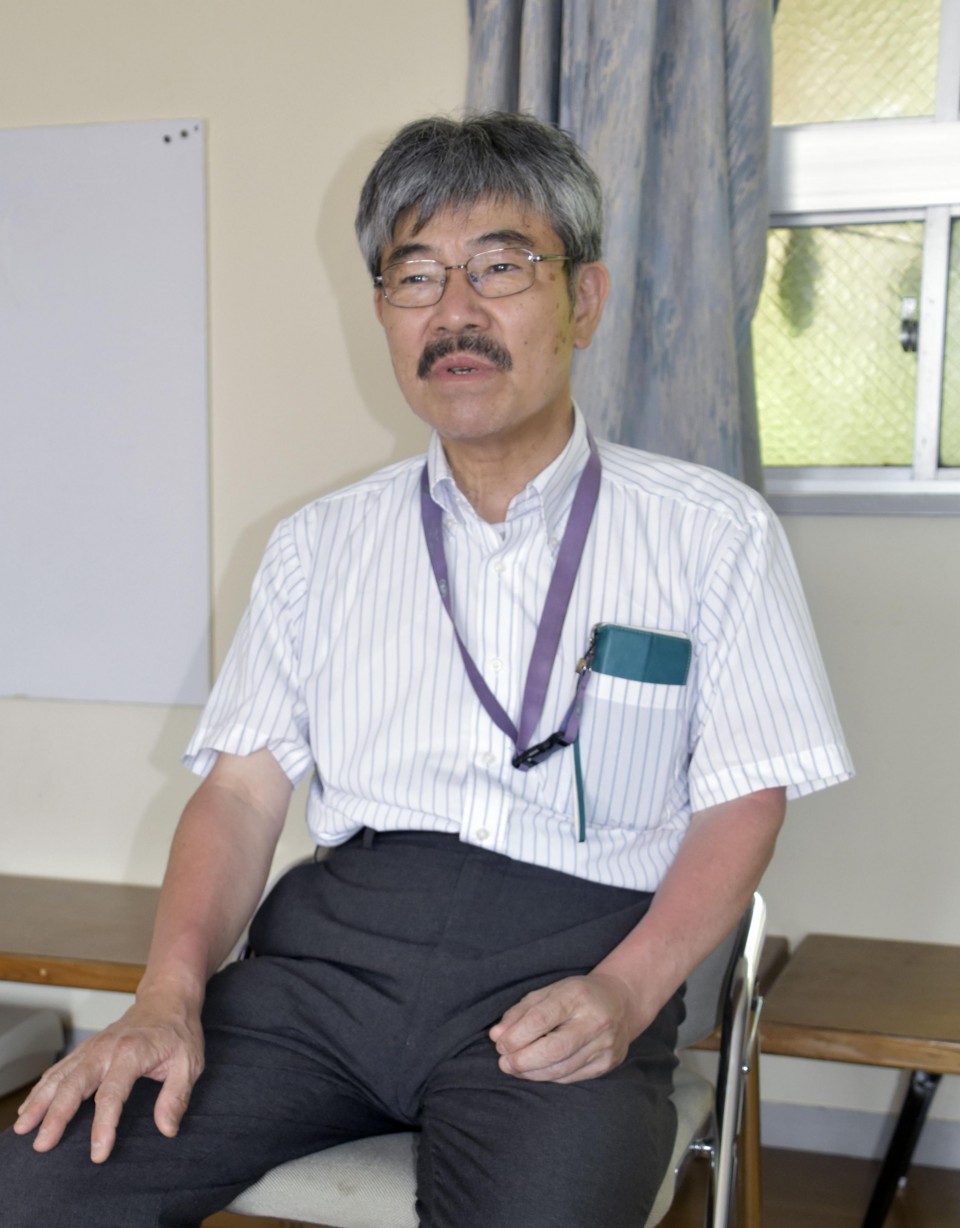 The conglomerate’s munitions factory that produced torpedos and a ship-building yard where the Yamato-class battleship Musashi was built were all in Nagasaki. The city also had a thriving coal-mining industry.

“If a base or military installation is built, that place will be the first target of attack in the event of a war. Having a munitions industry makes money, but it is the citizens who suffer in the end,” said Sakiyama, who is the son of Nagasaki atomic bombing survivors.