A suspected drug dealer alongside his accomplice have been rounded up by men of the Kano State Police Command.

The police also recovered Tramadol tablets valued at N25million packed in the boot of a vehicle.

Spokesperson of the command, SP Abdullahi Haruna Kiyawa, who disclosed this in a statement on Monday, August 1, said the driver of the vehicle, one Abba Musa, was arrested by a team of policemen along Ahmadu Bello Way Kano.

Upon investigation, Musa confessed that the vehicle belonged to his friend, Sulaiman Danwawu, who directed him to hand it over to someone at Yan Kaba Quarters area of the state.

Danwawu was subsequently arrested and confessed that the vehicle belonged to him, adding that he transported the Tramadol tablets from Onitsha, Anambra State with the intent to sell them in Kano.

“The Command’s Deputy Commissioner of Police directed that the case be immediately transferred to the Command’s Criminal Investigation Department, Narcotics Section for discreet investigation,”

“He strongly warns that criminals will have no hiding place in Kano State. They are advised to either repent or leave the State completely. He urged residents to continue to pray for the State, the Nation and report incidences to the nearest Police Station, and not take laws into their hands. Rigorous patrol, raids of criminal hideouts and black spots will continue throughout the State to ensure the protection of life and property.” 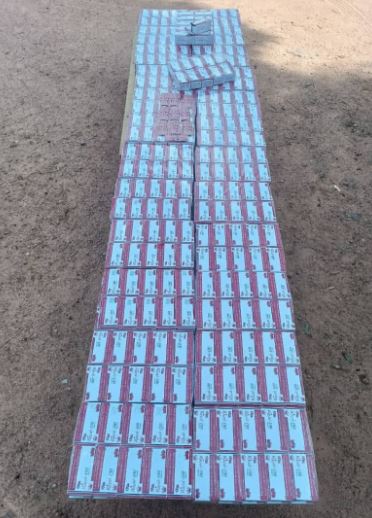