Six people have been confirmed dead by authorities in Lagos in a fresh building collapse in the state.

POLITICS NIGERIA reports that a three-storey building on Ibadan Street in Ebute Metta area of Lagos collapsed late on Sunday with about 23 persons involved. 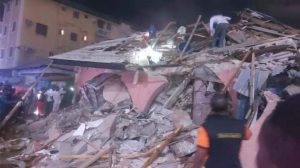 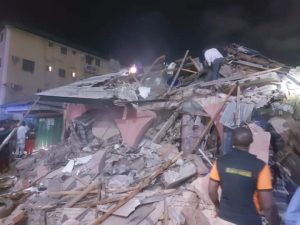 A search and rescue operation is ongoing as of the time of publishing this report.
Since 2005, at least 152 buildings have collapsed in Lagos, a city of some 20 million people, according to data collected by researcher Olasunkanmi Habeeb Okunola, from the University of Witwatersrand in South Africa.

One of those incidents that particularly angered Nigerians was in 2014 when dozens of people died in a church collapse in Lagos.

Buhari instrumental in my political rise; I’ll never go against him: Bala Mohammed

2023: “The future of young Nigerians outside APC” – Adamu Garba